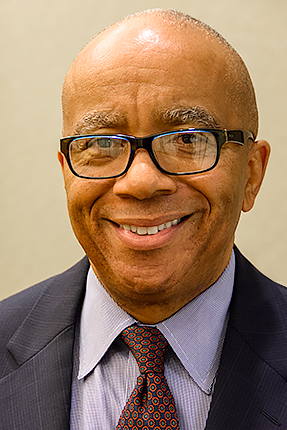 In what may be the most ardently supported decision it has made, the Washtenaw Community College Board of Trustees on Tuesday unanimously approved the renaming of the college's Plant Operations Building to the Damon B. Flowers Building in honor of the retiring Vice President of Operations and Facilities.

The trustees approved the name-change resolution after tabling the discussion during its October and November meetings. The delay wasn't due to contention within the seven-member board, rather because individual trustees missed the meetings for personal reasons. Trustees delayed the vote out of respect for their colleagues, whom they knew would like to be part of the vote to honor Flowers.

The name change will officially take place at a renaming ceremony scheduled for 1:30 p.m. on Tuesday, Dec. 19. A retirement ceremony was held in Flowers' honor on Dec. 6.

Flowers said the decision to rename the building -- and the Board of Trustees' determination to make it a unanimous one -- is a humbling one.

“What makes me most proud is that this building was built (in 1980) by WCC students in our Construction Technology program,” Flowers said from his office in what will become the Damon B. Flowers Building. “Never in my wildest imagination could I have anticipated this building would be named in my honor. It’s a little overwhelming.”

With an educational background in architecture and business management, Flowers held facilities positions at Wayne State University and St. Joseph’s Hospital in Mount Clemens before accepting the job at WCC in 1994. He was recruited by former WCC trustee Anthony Procassini.

When Flowers arrived on campus, he inherited a small maintenance staff with no organizational structure. He started building the division from scratch and now has 10 departments and team of more than 100 full- and part-time employees working in the Facilities Management Department.

Under his management, two campus master plans were written and implemented. Those plans included more than 130 construction projects with a cumulative value of over $120 million and encompassed the construction of seven new buildings, including the Health and Fitness Center.

“I’m proud of what we’ve been able to accomplish over the past 23 years. I’d like to think I’ve made a valued contribution to the success of our students, because that’s what motivates me. I’m honored to have played a small role in their success,” he said.

An innovative thinker, Flowers initiated the college’s first campus space utilization study and its first campus-wide energy master plan, which resulted in significant efficiencies and cost-savings for the college.

“Under his leadership, the college has grown from 600,000 square feet to 1.2 million square feet,” said WCC Board Chair Diana McKnight-Morton. “His tireless work has been a key reason the college continues to be a valued community resource. I can’t think of a better way to honor him than to see his name on the building.”

Over the years, Flowers has been the recipient of several national awards and professional recognitions, including the Grand Award from the Professional Grounds Management Awards Program, the Innovative Architecture & Design Award from Recreation Management Magazine, the prestigious Arbor Day Foundation Tree Campus USA designation and gold and silver design designations from the internationally recognized LEED green building certification system.